A diploma from a prestigious university is the first step in a successful career. And it's not solely about the money, although, it's kind of about it too. It’s just that a qualified specialist can do something really interesting, important and useful for people. You can live your life enjoying your work, wake up in the morning with pleasure and anticipation of another interesting day. Unfortunately, even the level of secondary education in my provincial town left much to be desired. Therefore, although I know that British and American universities are considered the best educational institutions in the world, I had doubts that with my level of preparation I would be able to enter one of them. In addition, the prices in prestigious British or American universities were simply extortionate. With these thoughts, I sat down to do the search.

Despite the ongoing pandemic and current political agenda, admission to foreign universities will continue under normal conditions.

Guidance in the admission process

Our staff will walk you through the entire admission process: from choosing a university and preparing documents to enrollment and obtaining a visa. We are always in touch and ready to answer any questions. UniPage experts will always objectively assess your situation and suggest the most suitable university options. 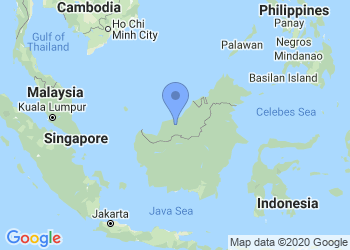 The situation seemed dire until a few days later when I learned about the higher education system in Malaysia. It turns out that almost every institution of higher education in this country is a representative office of a British or American university. At the end of the course, the student receives two degrees: one is Malay, the other is British or American. In addition, in Malaysia, English is the second official language: if at most universities in the European Union, it is desirable to know the local language, then in Malaysia you can do it with just English.

Unfortunately, my language left much to be desired. I had a decent vocabulary, but my pronunciation and grammar were rather rough. I was not surprised at all when I failed the IELTS test, not even getting the six points I needed.

There was little doubt that I would fail the next attempt as well: the complete lack of language practice with native speakers did not leave me with much hope to pass the Speaking section. In addition, I lean towards more technical subjects rather than humanities, so it was quite difficult for me to write an essay in a competent and interesting way.

In Malaysia, there are two types of language courses: centralized and ones held at universities. At that time I already decided that I would apply for a bachelor's programme in IT and chose the appropriate university, one of the best in Malaysia. Upon graduation, you can receive a Malay diploma and a diploma from Stanford University.

At first, I wanted to enroll in specialized English language courses at this particular university, but then I found centralized courses that were no worse in terms of quality, but one and a half times cheaper.

The currency of Malaysia is the ringgit. The exchange rate to the dollar usually fluctuates in the region of 3 USD for 10 ringgit. My courses cost approximately 500 USD per month. Already in Malaysia, I found out that there are even cheaper courses, but there the quality of teaching and the intensity of training are lower. I was determined to enter the university on the first try: there might simply not be enough money for a second one.

It is advisable to submit documents to a language school at least three months before the start of training (in fact, the deadline is two and a half months, but I do not advise anyone to risk it). During this time, the language school must send documents to the Malaysian Immigration Service. After the visa was opened, I received my Approval Letter via email. Now I could go to school fully prepared.

I got a student visa for six months. Our language center was located in Kuala Lumpur. I studied according to the Intensive English system, which involved training twenty-three hours a week for four months. To my surprise, the students in my class were of all ages and shapes from 18 to 50 years old. Geography of my classmates: China, CIS countries, India, Pakistan, Iran, Africa, Levant countries. At first I just clutched my head: English spoken by a Malay, Arab, Indian and Kazakh are four different languages ​​that have very little in common. To be honest, very few people understood me, and I did not understand anyone at all. But ours was a merry band, and mutual understanding gradually improved. The teaching staff deserves special praise.

Anyone who wants to go to Malaysia, I would like to advise: take some warm clothes with you as well as bedding. Yes, of course, the climate here is tropical, but air conditioners are working at full capacity in every room, and it is stupid easy to get sick, going from heat to cold. In rented apartments, bedding is not provided, so it is better to take it with you. You can, of course, buy it on the spot, but this option is for adventurous types.

Once a month we were taken on very cheap field trips (part of the fee was included in the total cost of training). I was fascinated by Malaysia: amazing nature, kind, sympathetic people, mild climate, abundance of fruits. I would like to say a thing about fruits: a three-hundred-gram glass of fresh juice in Kuala Lumpur is cheaper than a dollar. In such an atmosphere, my ability for languages ​​suddenly manifested itself, and at the end of the course I passed IELTS with a grade of 7.5. This was quite enough to apply to the university.

Requirements for admission to universities in Malaysia

There is no fixed start of the academic year in Malaysian universities. Training can begin in November or April, in my case it was autumn. When it's summer all year round, there is not much difference, but psychologically it was more familiar to me.

To get to the university, I had to reissue a student visa and send all the documents to the university. There were a lot of them: a diploma, bank statement, the results of medical examinations, etc. After receiving a letter of admission, I began my studies.

Preparatory courses and admission to bachelor's program in Malaysia

Some Malay universities have programs that allow high school graduates to immediately enroll in bachelor’s programs, bypassing the Foundation, and then, after studying for two years, transfer to British or American universities. However, this was not a part of my plan.

Therefore, I entered the Foundation and studied there for three semesters. Since I was planning to enter an IT program, in the preparatory course I studied mathematics, physics and computer science in depth.

After graduating from Foundation, I entered a bachelor's program, where for three years I studied specialized mathematical disciplines (mathematical analysis, probability theory, theory of functions of a complex variable, mathematical statistics, and others), as well as programming: both applied and systemic. The emphasis was on practice. My campus was very nice. There was a lot of greenery around, as if the whole university was located in the middle of a tropical forest. On the territory there were all kinds of amenities, sporting grounds, swimming pools, shops, cafes and pharmacies.

After graduating from the university, I, as expected, received two degrees: Malay and Stanford. Malaysia is a thriving country that needs qualified personnel. After graduation, I stayed to work here, but in the future I plan to move to Europe.

UniPage guidance in the admission process

UniPage is an educational agency. We consult students and help them with admission to universities abroad, including the most renowned educational institutions such as Stanford, Sorbonne, and TUM.

We are experts in our field and know how to ensure that you enter the university that suits your goals, research interests and budget.